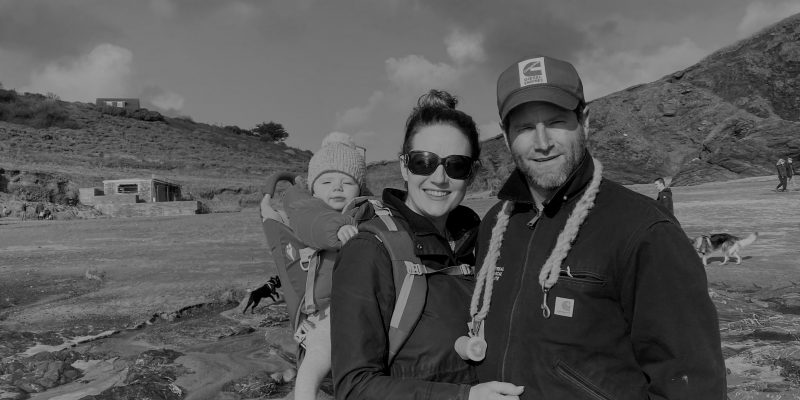 Clover was diagnosed with Aicardi Syndrome at 12 weeks old. We had become aware that she was missing her corpus callosum (the part of the brain that connects and the left and the right hemispheres), at a growth scan when I was 33 weeks pregnant. What we didn’t know at the time, was that this malformation, was just one small part of a much bigger diagnosis.

Aicardi Syndrome is an uninherited genetic syndrome that affects mainly girls. As well as an absence of the corpus callosum, Aicardi girls commonly have a variety of other brain abnormalities, as well as lesions behind the retina, and seizures. Epilepsy in Aicardi girls is almost always refractory, and many girls suffer intractable seizures throughout their lives.

Clover began having infantile spasms at 12 weeks old. I had noticed, on a couple of consecutive evenings, that she was crunching her body against me while she was breastfeeding. While we thought this was strange, we immediately put it down to tummy ache, gave her a little gripe water and hoped for the best.

The next morning, when I woke Clover from her nap, I was holding her under her arms while she was standing on my lap. Her legs had been very strong from a young age, so I thought it extremely strange when her legs began to give way under her. At the same time, she was dropping her head forwards. To begin with, I thought that she was just being silly and I laughed at her. Then, when it became obviously repetitive, I started to worry. We had been told by her neurologist that we should be aware of seizures, purely because she was missing her corpus callosum. When I laid her down on the sofa next to me, I could see clearly that her body was crunching over and over again, and her eyes very obviously deviating over her shoulder. I called 111 and after being told by a paramedic that it was normal and that ‘babies do weird things’, we pushed for her to be admitted to hospital. Days of tests ensued, and after an MRI revealed further brain abnormalities, and an EEG showed a very chaotic brain pattern, Clover was diagnosed with Aicardi Syndrome and Infantile Spasms. She was treated with 6 weeks of prednisolone right away. The spasms eventually stopped, and after a brief relapse towards the end of the wean, Vigabatrin was added.

During this time, I connected with a lot of parents. Particularly parents of Aicardi girls and Infantile Spasm warriors. What became abundantly clear as I connected more and more, was that the milder girls were taking less medication. I have never been a huge fan of pharmaceutical medication in my own life and I couldn’t bear the thought of pumping these industrial strength drugs into my vulnerable little girl.

She had endured 6 weeks of steroids, and the side effects were awful, but we knew it was temporary. We started Vigabatrin, as we had to knock out the last of the spasms to give her the best chance at normal development, but we were very lucky to see few side effects from it.Doctors were already talking about ‘the next drug’ that we were going to add to her regimen and I knew I had to do something fast.I had also connected with a number of Aicardi parents, whose girls were successfully using CBD oil to manage their seizures. Not only were they seeing seizure reduction, but they were reporting amazing cognitive benefits and neuroprotective effects, with little to no side effects.

Clover was only 4 months old at this stage. I was still in the ‘rabbit in the headlights’ phase and hadn’t quite built up the confidence to go it alone yet. I consulted her doctors, who basically told me that I was wasting time and money. I was told many things, including that there is a concern about how THC affects the developing brain in the long term. Ironically, when I asked what was known about the way benzodiazepines affect the developing brain in the long term, they didn’t really have an answer. We decided to take the plunge. We only had one chance to help her. We wouldn’t get these precious first years back and we were keen to see what amazing things CBD could do for Clover.

We started with Haleighs Hope, an oil from Colorado. The doses were miniscule, but we immediately saw benefits. She had been in a fog from the steroids, and she woke up. We were seeing new skills from her every day. She was bright and alert, and happy and amazing. And as the months passed, she smashed milestone after milestone, all within the normal range.

After steroids, and with the combination of Vigabatrin and Haleighs Hope, she enjoyed 5 months seizure free. When she relapsed in November, we started to increase her CBD dose to try and gain control. She had been on the same tiny dose for 5 months and she had outgrown it. We spent the next few months playing with her Haleighs Hope dose. While we were still seeing amazing things with her development, we just weren’t seeing the seizure control that we wanted for her. I had read a lot about private prescriptions for cannabis oil in the UK, and I knew in my heart that we had come to that stage in her journey. I connected with Matt Hughes and Hannah Deacon from Medcan, and some of the End our Pain campaign parents, and after hearing all their amazing stories, we eventually secured Clover’s private prescription through a clinic in London.

Clover has now been taking Bedrolite for a little over two months. We have seen her seizures go from 25-30 per week, to an average of 3-4 per week. She still has bad weeks, but they are mostly due to other factors such as teething or illness, or cycles of the moon. We are still working to find her perfect dose, but her baseline has dramatically improved, and I have confidence that we can improve on that still. While we can never completely rule out another medication (we have no idea how her epilepsy will develop over the years), we can definitely rule out the cocktail of medications that was presented as unavoidable in the early stages of her diagnosis, and that is all we ever wanted for our girl.