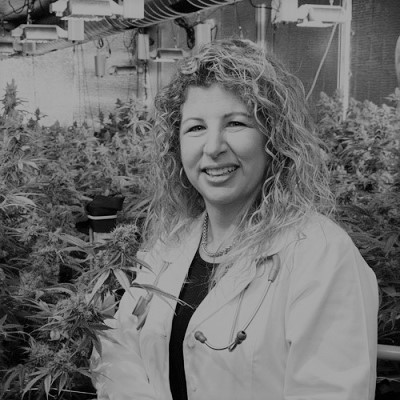 She pursued her medical degree at Robert Wood Johnson Medical School at the University of Medicine and Dentistry of New Jersey. Her post-doctoral education included internship and residency at Children's Hospital Los Angeles.

Dr. Goldstein has given numerous lectures to many patient support programs, including the Cancer Support Community, Southern California Prosthetics, and Paediatric Epilepsy. She has also lectured at CannaMed 2016 at Harvard University, United in Compassion Medical Cannabis Symposium in Sydney, Australia,  Patients Out of Time 2015, and United Patients Group Conference 2016.

She is currently the Medical Director of Canna-Centers, a California-based medical practice devoted to educating patients about the use of cannabis for serious and chronic medical conditions.